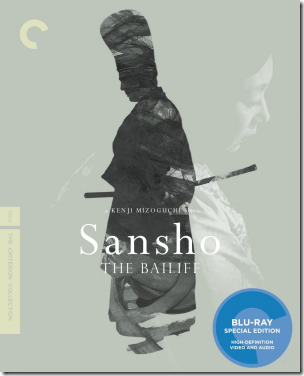 Summary: This Japanese film from director Kenji Mizoguchi is based on an adaptation of a Japanese folk tale.  It tells the story of a boy who is separated from his parents and sold into slavery under the ruthless Sansho the Bailiff.  But he grows up, escapes, becomes powerful, and sets out to bring Sansho to justice and find his parents.

Thoughts: Honestly, I thought the story was rather boring.  The premise is certainly ripe with material, but the characters hardly make any interesting decisions themselves, save for a few near the end when Zushio arrests Sansho.  I imagine if Kurosawa was working with the same material, he’d make it much more dramatic.