Summary: A nurse retreats to the seaside with a patient who refuses to speak, hoping the change of scene will help.  Instead, her seclusion with the mute patient drives her to insanity.

Thoughts: A strange film for director Ingmar Bergman, at least compared to the films of his I’ve seen.  Persona is a very ambiguous self-conscious psychological drama.  I’m really not quite sure what to make of it.  The utter weirdness of it was enough to keep me engaged, but it confused me more than anything else.  I suppose my interpretation is this: the nurse was the one with the problems from the beginning, while the patient just needed a time-out from the world’s chaos.  So when the nurse is confronted with the patient who won’t speak, she projects her own inner turmoil onto the patient, externalizing her inner conflicts and attempting to play them out, destroying her chances of offering the sort of help the patient actually needs, making her own conflicts only that much more impossible to work through.  Overall, it’s a very interesting film, but certainly a bizarre one.  I especially enjoyed the often wild befuddling facial framing, which all somehow worked brilliantly.  And at least it’s all a more solid film than Tarkovsky’s The Mirror. 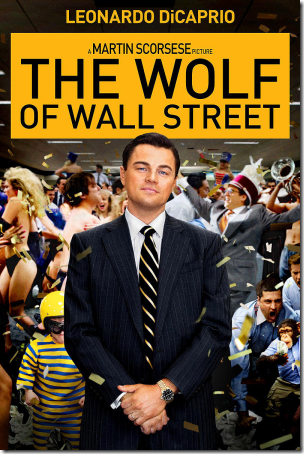 Link: The Wolf of Wall Street

Summary: The true story of how Jordan Belfort scammed clients out of millions of dollars and wound up in prison.

Thoughts: Overall, this film is pretty standard Scorsese, especially with his penchant for tragic biopics.  So while it’s nothing dramatically new when compared to Scorsese’s previous work, it’s still masterful filmmaking.  For the most part, the pacing and rhythm of the film keep it very engaging.  It is probably the most comedic of Scorsese’s films, especially with actors who can deadpan as well as Jonah Hill; you know Belfort’s scheming ways aren’t going to end well, so the film doesn’t even bother trying to create any amount of tension over it.  While a good amount of the humor works well, a good portion of it also becomes the film’s greatest weakness, as long segments of the film feature little more than crude debauchery, as if the film wants to be a classy American Pie film.  These segments aren’t funny or interesting to watch and they add nothing to the film; they are only a sad, evil, and tiresome waste of all the talent involved.

Summary: Fancying themselves bounty hunters, two friends search for a missing princess, hoping to collect the bountiful reward offered for her capture.  But the bumbling greedy fools only end up aiding the small team secretly trying to save her.

Thoughts: A very enjoyable film, definitely one of Kurosawa’s more accessible and adventurous works.  His camera work for the wide screen is a visual feast.  I thought the film’s one weakness was its pacing; certain sequences in the second half simply go on for too long.  Toshiro Mifune’s spear-fighting sequence was engaging, but some of the following sequences dragged on a bit too long.  Perhaps the ending just needed too many plot points to occur to make it appropriately dramatic.  At least it’s nothing like the long final sequence of Kagemusha, eh?  Still, it’s a fun film.

Trivia: On the blu-ray’s bonus features, George Lucas says that it was this film that gave him the idea to center Star Wars around two comic-relief characters, in his case a pair of droids. 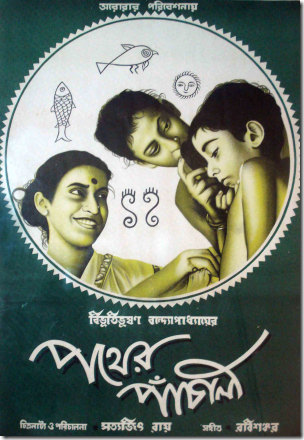 Summary: A young boy and his family live in poverty, which is only made more challenging when his father leaves for five months to search for a job somewhere else.

Thoughts: As the plain summary reveals, this film isn’t strongly plot driven, like most modern American films.  It’s one of those slower-paced episodic look-at-life sort of films, the sort you see when exploring older foreign films or indie films.  (Which is not to say the film is without a plot, only that the plot is more thematic in nature.  That is, it’s the themes that run through the various “episodes” that unite them.)  One particular theme is easy to pick up on: The film shows how mean-spiritedness can spread from one person to another as characters take out their frustrations on undeserving victims.  But this is always portrayed in a naturalistic distant non-judgmental fashion, allowing the audience to empathize with the characters even when their mean-spiritedness is aggravating.  And, of course, the story ends in naturalistic tragedy, not uncommon in these sorts of films.  The film is sorely in need of restoration, but after you get used to the old film artifacts (scratches and dust and shaky frames, etc.), it’s a pretty engaging film.  (At least, if you like these sort of slow-paced episodic films.)

Also, at least one kitten was harmed in the making of this film.  But don’t worry, the character who throws the animal gets her comeuppance! 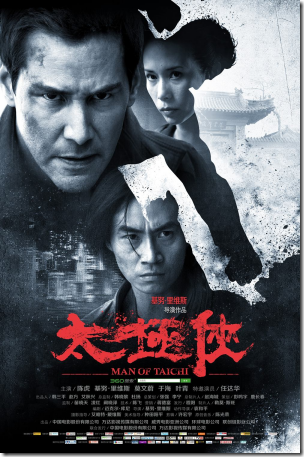 Summary: When a student of Tai Chi is recruited and paid by a mysterious man to fight seemingly random opponents, he finds the new source of income quite nice, until he realizes his boss also wants him to start killing his opponents.

Thoughts: The film featured some excellent fighting sequences, camera work, and cinematography.  The story itself was rather unexciting, but the first half, despite featuring many plot points that felt very forced, wasn’t that bad.  The plot developments of the second half were rather baffling, and when the villain’s plan is revealed near the film’s end, it’s hard to make much sense of it.  Overall, we have a film featuring some amazingly talented martial artists ruined by a problematic screenplay.

About: This film is Keanu Reeves’s directorial debut; he directed this film for a chance to allow talented stuntman Tiger Chen, who worked with Reeves on the Matrix films, to star in a film of his own. 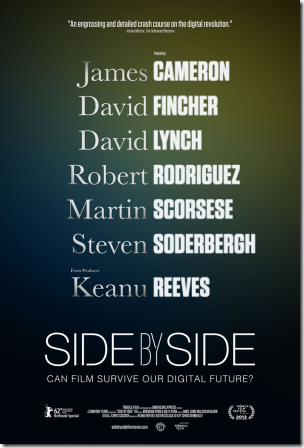 Link: Side by Side

Summary: This documentary explores the emergence of digital film, as opposed to celluloid film, comparing their technologies’ histories, impact on the industry, and the variety of opinions surrounding them from some of the film industry’s most successful directors and cinematographers.

Thoughts: Overall, I thought this was a very interesting exploration of the subject.  I would’ve liked to have seen more examples of the differences two technologies, more demos, more inside looks at how filmmakers use the technologies differently (or similarly), while seeing less talking heads.  Talking heads are so boring; you could at least throw something in there for audiences to watch while listening to a voice-over.  I think the documentary gives both technologies a fair assessment; it doesn’t seem to try to put one on a higher pedestal.  Both technologies seem to have their advantages and disadvantages.  Most audiences probably won’t notice or care about the differences anyway; it’s the story that matters most.  (Personally, if I were a director, the advantages of digital surpass the advantages of celluloid, so that’s the direction I’d go.)

It was strange to see so many filmmakers disparaging 3D though.  I don’t understand what they dislike so much about it, especially when they talk about wanting their films to be projected onto a big screen to be immersive.  3D only helps with that!  And now that thick-rimmed glasses are hip again, 3D glasses are the bee’s knees!

Here’s an interesting excerpt from the bonus features: 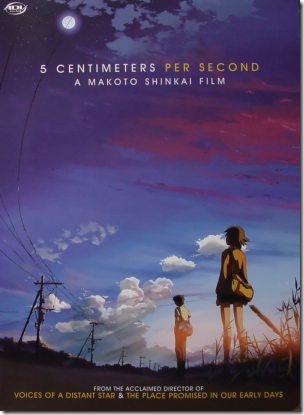 Summary: Presented as a series of three short stories with an overarching theme, this tells the story of two young lovers who’s connection to each other is strained by the distances of time and space as they grow older and lose touch.

But over the course of the next two acts, I began to understand that this really isn’t so much a typical character-centered film.  This film is more about the ideas, the themes that carry through a series of vignettes.  We never really come to empathize with the characters for who they are.  In fact, they remain rather generic throughout all three acts.  But we do come to relate to the emotions they go through, the ideas their situations illustrate.  Those include the feelings of a relationship fading, the longing and searching, trying to recreate the experiences of that relationship, trying to find new beginnings, the realization that your desires may be forever unfulfilled, etc.  The theme of speed is comes a lot, how fast things are moving and its inevitability.  (The title comes from the speed at which cherry blossoms fall.)  In the end, though it’s far from a traditional sort of story-driven film, it is rather poetic.